Since the age of twelve, I have immersed myself in training and conditioning my body. I began with competitive gymnastics, followed by a dance career, but it was only when I discovered the powerful and grounding discipline of the Pilates Method that I knew I’d found my home. Taught and certified by the most well-known Pilates Elder, I am comfortable and confident in referring to myself as a Pilates expert.

Gymnastics, my first love, prepared me for my life’s work in the Pilates field. I started on the Gymnastics mat and evolved to the Pilates mat (photographs of me 1974) ...

“Body control, an essential part in becoming a gymnast, developed early in me. I didn’t have to “find it,” — my body just knew. My kinesthetic sense seemed predestined. So, when I first saw Olga Korbut on TV competing at the 1972 Olympics, I was mesmerized and in awe and knew I, too, would become a gymnast. I began training a few months later and continue to incorporate the discipline and work ethic I acquired so long ago. In fact, my strength training earned me Girl's Best Athlete.

From the Uneven Parallel Bars and Vaulting Horse to the Cadillac and Ladder Barrel ...

And then off to New York City I went with the blessing of my coaches and ballet teachers. There, I studied dance with many nationally recognized modern and ballet dance teachers at studios such as the Alvin Ailey and Martha Graham schools. I also fell in love with Zena Rommett’s Floor Barre.

I would go on to perform in small dance companies as well as in commercial projects including the Janet Jackson's video, “Let’s Wait Awhile.”

Needing to pay my bills, I tapped into my gymnastics knowledge and was hired soon after arriving in NYC to teach and eventually, run a gymnastics school on the Upper West Side. Not only did I train the gymnasts, but I prepared them for competition which meant dividing my time between fine tuning the techniques required for compulsory routines, and choreographing their optional Floor and Balance beam routines.

We competed in local gymnastics meets, and though I didn’t know it at the time, I was accruing more experience as a coach and leader. Aerobics, the dance movement craze of the 1980’s, also kept me busy as I taught eight aerobics classes a week. New York City, a place where you sink or swim. I swam for nearly a decade.

Dance Rehearsal NYC, Aerobics in the 1980's, News article in the Miami Herald

I was hired to dance in a show in Miami, Florida, sort of an “off-off-off b’way production as we who lived in New York City used say. The show lasted a few months and though I still had my Brooklyn Heights apt., I decided to stay in South Beach after renting a cute little place across from the ocean. I learned quickly though that I was a “big fish in a small pond,” and it took all of my will to find work as a dancer and choreographer. Three years later after a somewhat successful Miami stint, I jumped at the opportunity to choreograph a TV show to be produced in Los Angeles.

Eighteen years into performing and choreographing, I accepted a television choreography job in Los Angeles. While rehearsing one day, a dancer invited me to take a semi-private Pilates class. “What’s Pilates?” I asked, little knowing how my career path was to change. In my very first lesson, I realized that all of my previous training and experience had prepared me for what would be my life’s calling.

Romana Kryzanowska certified me in 1997 and I participated in many of her continuing educational workshops since then. Here she is with me at a Pilates workshop in San Diego 2006. Romana’s desire was to pass on the traditional Pilates repertoire to those of us with what she considered special requirements — physical strength, endurance, and the intelligence to understand the technique.

Studio Darien was located on the second floor of a nondescript building on Sunset Boulevard. There was no signage or indication it was there. You only knew if you were one of my many clients and they were from all walks of life — a roof layer, TV actresses, mom’s and dad’s. Even a pop star with her own bodyguard, who swept the area to be make sure there weren’t paparazzi, escorted her to and from class.

When I first opened my studio in 1999, Sunset Blvd wasn’t a safe area. In fact, some mornings arriving very early, I witnessed drug deals and prostitution. One day, a pimp lurked in his car while waiting for his “girls,” saw me glaring at him as I entered the building. He was all business and challenged my stare. Great start to the morning I thought.

Numerous times all the streets surrounding my studio were closed for an event such as a movie premiere or the President campaigning which created a parking nightmare. Not a fun experience. But upstairs? That’s where the fun was as my student’s work ethic created a playful competitive camaraderie. Fastidious as ever, I always made sure all of my students practiced in a clean environment and my studio was teasingly referred to it as the “Best smelling boxing studio” in town! 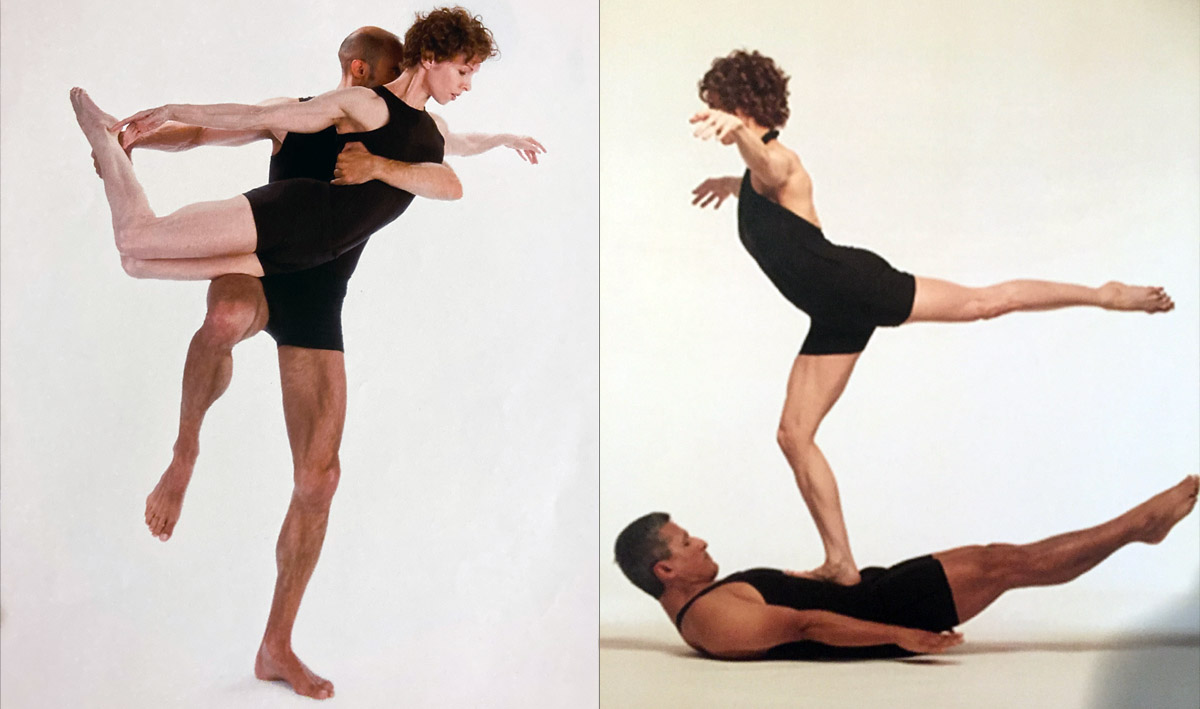 My studio in Hollywood 2005 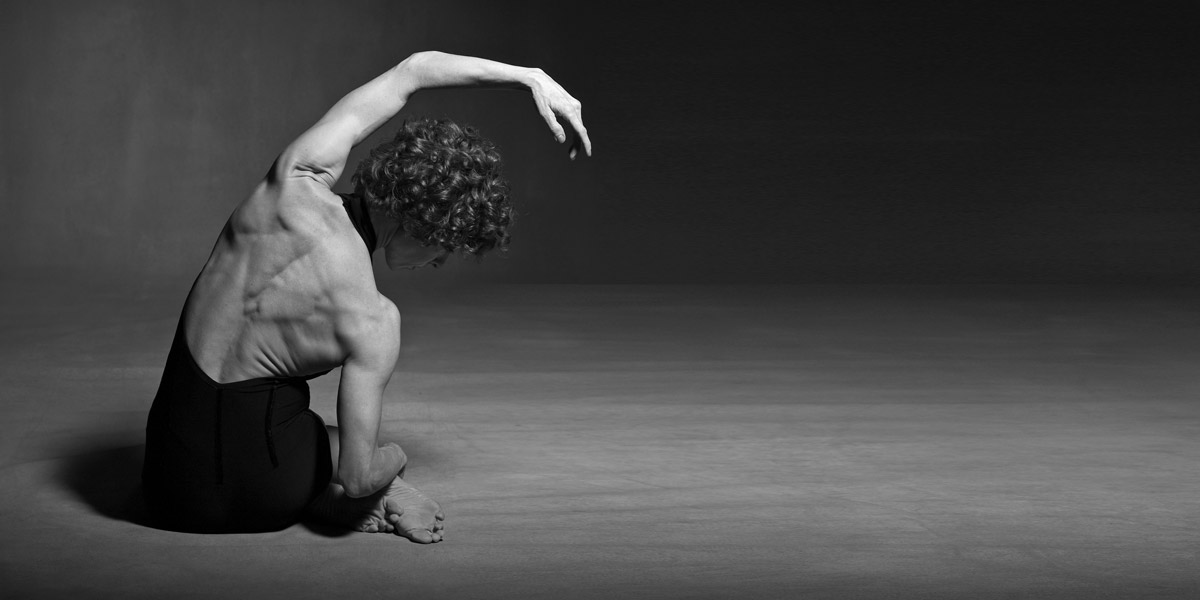 Pro shots 2007 – Kneeling Ballet Stretches on the Caddy and One Leg Elephant on the Reformer
Film Excerpt (2 Min.) – Impressions of my Pilates Studio in Hollywood 2010

Screenshots from the 2012 DVD – Advanced Guillotine Endings with 2nd Generation teacher Trish Garland.
The half skeleton as a reminder to not exaggerate ... ;-) 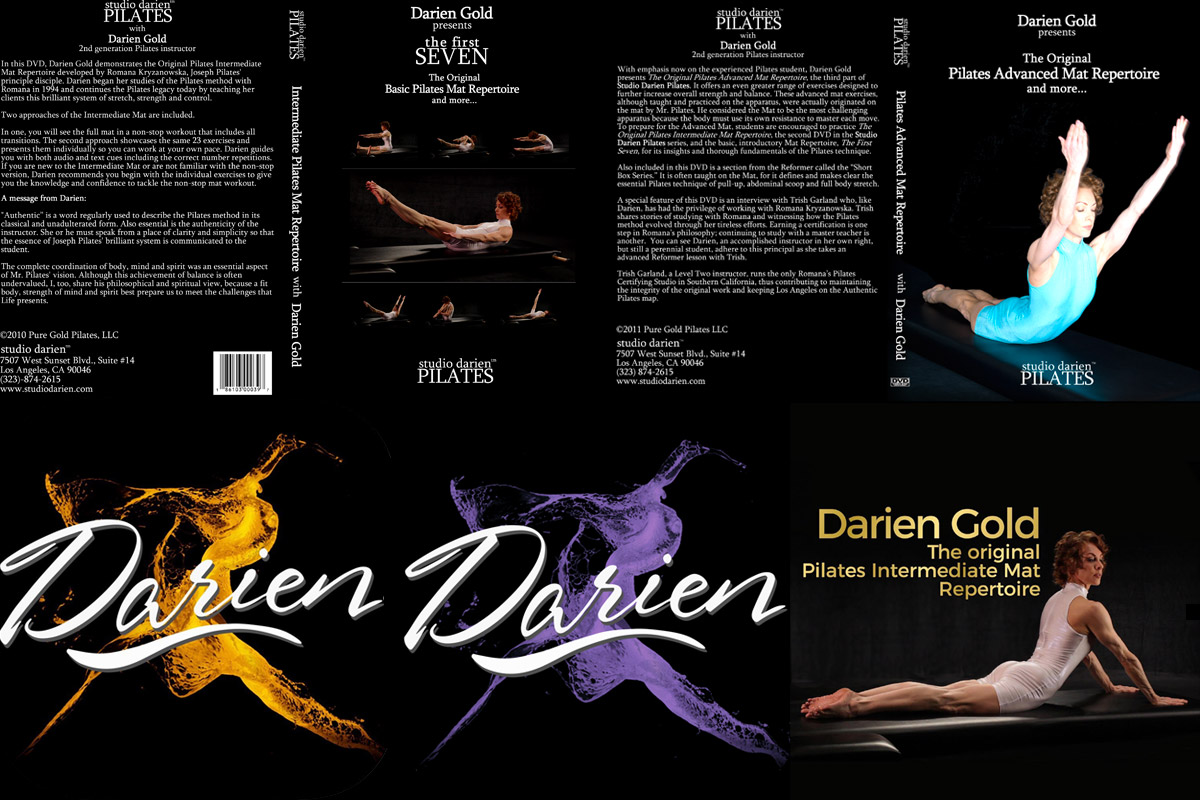 My Hollywood Pilates Studio, me on the Cadillac
Advanced Caddy Dance Part 1 (5 min.) in my Hollywood Studio

When I arrived in LA to choreograph a TV show, how was I to know I’d be in my own real life gangster story. The man who hired me and flew me out to LA, covering all expenses, ended up writing bad checks on someone else’s closed account. I had to move often or flee to be more accurate, with my cat and 13 boxes from apartment to apartment because every one of his rent checks bounced. Eventually, he was caught and incarcerated but it left me on my own in a city that I didn’t find welcoming. Though I swam up stream for over two decades, I managed to open a successful studio in Hollywood which attracted hard working students from all over the world. But when the opportunity arose to live in a more peaceful environment, which included authentic and kind people, “a farm to table diet,” and plenty of animals, once again, I jumped.

Petaluma, the “Egg capital of the world,” offered me a chance to literally start over. After sending my apparatus north in the careful hands of a professional moving company, I said goodbye to Los Angeles, trusting that eventually I would land on my feet. A few months later, I began teaching at a yoga studio in downtown Petaluma and my teaching took off again.

The Pandemic and its devastation changed our lives and in particular, those of Pilates studio owners. We had to close our studios and learn a new way of teaching. Like others I moved my classes online and thought I was safe, but unfortunately, by the end of 2020, I was hit with the living hell of Covid-19 and then Long Covid (though I have always led a healthy lifestyle with zero risk factors.) But the bright light in an otherwise dark time were my online students. Even though my lungs and vocal chords were damaged, I continued to teach. Two years later, though the virus has yet to fully clear, my lungs and vocal chords have recovered and I am convinced that Pilates helped my healing #StayPilatesStrong. 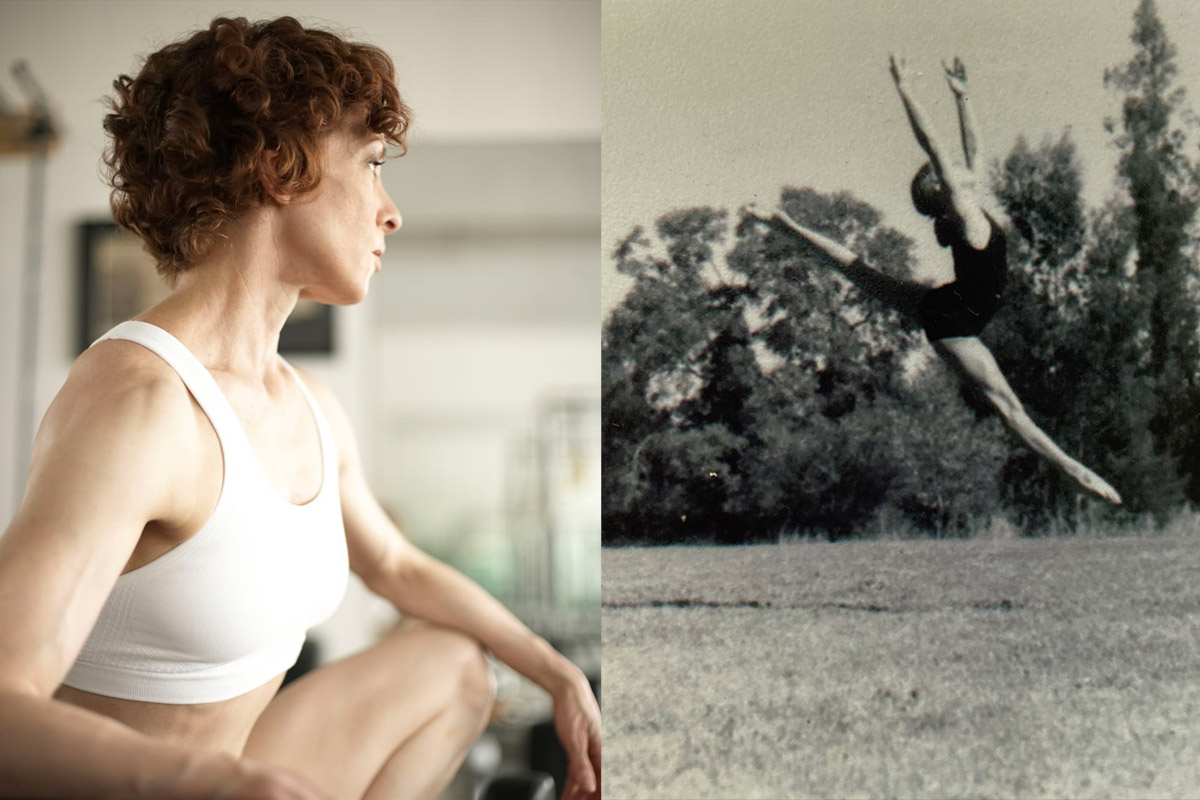 Looking back, all of the sacrifices I endured from my early days as a competitive gymnast to that of owning and operating Studio Darien, has filled me with appreciation for the tenacity I developed – a much needed quality for life itself.